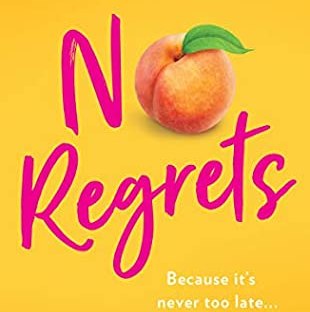 I enjoyed this book. It’s funny and light hearted. It made me snigger a good few times. With these troubled times we find ourselves in this book is a good one to read. I could also associate with all of the characters as well, as they are all getting to the end of their 30’s. It reminded me of my friends and I at that age. I absolutely love the cover of this book as well. It’s so bright and cheerful.

Meet Stella, Dixie and Ana. They have been best friends for a very long time. We meet them as they are all approaching the big four zero. Where they all realise that they aren’t really in the places they expected to be in.

Stella is a stay at home mother, She spends most of her time running around after her family. Wishing she was more like the other mum’s who seem to manage family life effortlessly.

Her husband has made her get rid of the paid help and she is struggling even more than she did before. Stella however has other ideas about getting new help, she’s actually thinking of pinching someone’s nanny. Along with hopes of going back to work and being a bit more glanderous.

One day when she’s at the park with the kids. She becomes friends with Coco a young nanny. She finds Coco a breath of fresh air and she’s also introducing Stella to some new experiences.

Ana is in a relationship with the most boring man, but on paper he is just the sort of man to settle down with. He has a decent job, he’s reliable, caring and not bad looking. Ana has decided that now is the time to start trying for a family as she’s so desperate for a baby.

Ana has also decided that she wants to speed up the process, so they pay to go and see a private specialist. Just to make sure everything is working. It turns out that Rex is the one that is going to cause them problems in conceiving. So they pay for one round of fertility treatment. Which then starts making Ana wonder if she really is with the right man. Due to her having fertility injections her hormones are all over the place. So no matter what Rex does she finds him irritating and he constantly gets her back up. Which in turn Makes her think about Joel her now famous ex boyfriend. Everywhere she goes his music is playing or he’s on the TV, she can’t get away from him and their past.

Dixie is the wild a child of the bunch. She’s single has a good job. She gets to travel with her job too, as she manages her bosses properties which are all over the place. She’s also on Tinder and has numerous one night stands and has no intentions of stopping any time soon, as she’s not going to ever get married.

On one particular flight to New York Dixie gets upgraded on her flight and ends up with her cabin near a really cute guy. She ends up getting a bit tipsy and ends up telling him things that she never tells anyone. She total forgets to update he Tinder account with new photos of herself. So she could hook up with some cute New York guys.

Dixie doesn’t tell the girls anything about Freddie the next time she meets up with them as he has her in a spin. Which has never happened to her before. It’s like she is under his spell.

When she does mention him though she ends up asking the girls over to the Hamptons to celebrate Freddie’s Birthday. Where things don’t go quite as expected.

Stella gets blind drunk and tells them what is really going on in her life. Dixie and Freddie set up Ana with her famous ex, which lead to unexpected things. Then the rich wives of Freddie’s friends pull a fast one on Dixie and everything comes tumbling down.

Will the girls get their lives back on track? They may do eventually with some great hilarity along the way.

If you need a good laugh and some escape then this book is for you.

1 thought on “No Regrets”