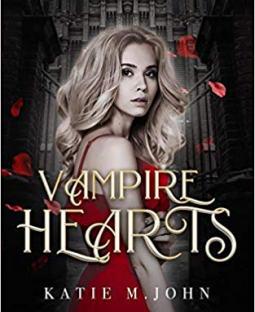 I really liked the sound of this book and it seemed to tick all of the boxes, but unfortunately it didn’t live up to my expectations. I’ve read lots of books in this genre over the years, some have been so good I couldn’t put them down and had to read every book in the series, to ones that I just couldn’t finish. This book is a middle of the road Vampire story, and sadly I’m not plan on reading anymore in this series. The concept of the story is good but it just lacks something.

This book is set up in the highlands of Scotland in an old castle called Bathory. Where vampires, vampees and other supernaturals go to learn everything a vampire or supernatural needs to know.

Alexander Augustine didn’t know he was a vampire until one night when an accident happened at a party where he nearly killed a human. His grandfather calls in a favour to Madam De’arth who oversees the Bathory Academy. Thrusting Alexander in to a world he knows nothing about, and didn’t even know existed.

This is where he meets Scarlet Bathory another vampire, who comes from a very old prestigious and powerful family. There is some kind of connection between Alexander and Scarlet, they both feel it but Scarlet is already in a relationship.

Alexander has only been at Bathory Academy a few days, when there is an attempt on Scarlet’s life. Some suspect Alexander is behind this attempt, but when there is a second attempt they start to look elsewhere. There is another known group who are trying to kill off all of the vampires. All of this is happening just as the vampire court has started to have it’s own troubles, with in fighting for and against the old ways to change.

Sadly I can only give this book 3 stars, as I said earlier in my review it’s a middle of the road book. Maybe its just a bit too slow paced for me?