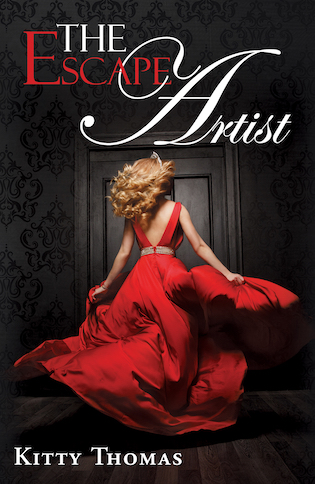 Claire was held captive for 43 days by a man who did unspeakable things to her.Three years after her escape, she gets her revenge. The only problem is, she’s got the wrong man.God help her if he escapes.

Claire pushed the memories away, gripping the leather arm rests, willing her heartbeat and breathing to calm. That was him. She had him in a cell. That was the guy. He had a scar where she’d cut him. How could he lie to her with such a straight face when they both knew he had that scar and how he’d gotten it?

Because he’s a sociopath, Claire. He isn’t like normal people.

She couldn’t let herself forget that—what he was. She couldn’t let herself be tricked by the beautiful monster into setting him free and losing her own life. She got up and went to the kitchen, taking another bottle of beer from the fridge. This one she drank all the way down until a light pleasant buzz of calm skated across her skin. She took a long, steadying breath and grabbed the broom and dustbin.

When she returned to the cell, at least the arrogance had left his face. Maybe he was starting to understand his situation, that the tables had turned and he was now at her mercy. Let him lie about things, as long as she could wipe the smug smile off his face.

She silently swept up the shards of the beer bottle. The last thing she needed was for him to have a weapon. That had been his mistake with her after all.

“You can still let me go,” he said. His voice was so gentle and soothing. Calm and reasonable.

He’d never spoken to her like that in the basement. Of course not, he’d had the power then. He has to placate you now.

Claire just laughed. “Right. I’m going to let you go so you can hurt me again. Am I supposed to believe you’re reformed? After me, you stopped torturing and killing women? You realized the error of your ways?”

“What’s your name?” he asked, changing tactics. “My name…”

“Shut UP! If you speak your name I’ll kill you. I swear to fuck I will. I NEVER want to hear your fucking name. EVER. Don’t you try to humanize yourself. You’re a fucking monster, and you know it!”

“I’m sorry,” he said quickly, holding his hands up in surrender.

No he wasn’t, he was placating her.

“What’s your name, then?” he said, trying again.

“You know my fucking name. You used to hiss it in my ear while you were…” she trailed off, unable to say the words. She turned away from him and took a deep breath, quickly wiping the tears that threatened to spill over. She was not going to cry in front of him anymore. She’d cried all the tears for him she would cry.

She had the power now. Not him. NOT him. But she was shaking. She could feel the light tremors in her arms. He must be able to see them. He was the one chained up, and he was going to break her again.

“It’s okay if you don’t have it in you to hurt me. I don’t think you’re that kind of person,” he said gently.

“Just shut the fuck up!” she screamed. “I should starve you, just like you starved me for the tiniest act of defiance.” She turned back to finish sweeping the stray shards into the dustpan.

It was a fucking command. He thought he could order her around when he was the prisoner? But she turned and looked at him.

“I would never starve you. Ever,” he said, holding her gaze in his.

He’d already starved her, and they both knew it. These head games… she had to regroup her strategy or he was going to get inside her head and mess with it. If she lost her nerve… if he got free again, he’d kill her this time. She was already in too deep. She had to get her shit together and finish this. It was the only choice. 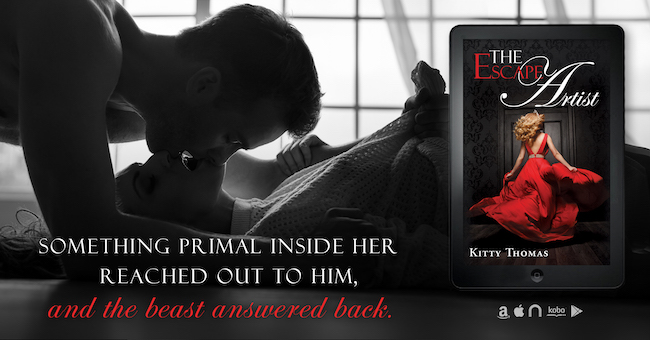 KITTY THOMAS writes dark stories that play with power and have unconventional HEAs. She began publishing in early 2010 with her bestselling COMFORT FOOD and is considered one of the original authors of the dark romance subgenre.

To find out FIRST when a new book comes out, subscribe to Kitty’s New Release List: KITTYTHOMAS.COM