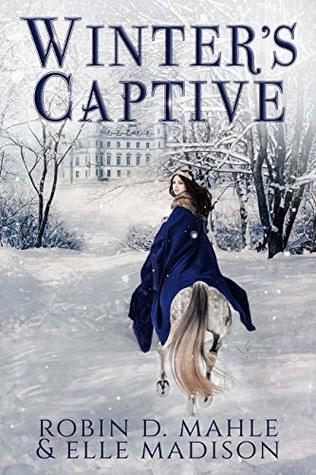 The black X of the Aramach Rebels marks the spot Princess Charlotte’s life was destroyed.

Her fiance taken and her kingdom on the brink of war because of it, Charlie refuses to be the damsel in distress and takes matters into her own hands. She can only trust a handful of people as hints of a conspiracy are uncovered.

Leaving her castle and everything she’s ever known behind, Charlie ventures into a place she only thought she knew — her own kingdom. In the face of traitors and thieves and ruthless rebels, Charlie won’t be stopped on her mission to set things right and find her prince.

The only question is: Will she find him before it’s too late?

“Someone has to warn them, but there isn’t anyone we can trust.” My nausea began to fade as the plan took shape in my mind.

“Then how?” Isla stopped pacing.

How, indeed. Logan and Finn could be danger. Oli was in actual danger. What would become of our makeshift family by the time this was all over?

Can I truly do this? Fifteen years of training to lead at Oliver’s side told me the answer was no. That I should stay in the castle where I was safe, helping to ease the tensions of our people with my mere presence. That I had no business gallivanting off to do a man’s work.

But there was another part of me, smaller, buried — but no less real — saying, If not me, then who?

“I’m not sure yet. Maybe nothing. My father would kill me.”

Isla’s lips tightened in determination. She got to her knees and took both of my hands in hers, piercing me with an unwavering gaze.

“Charlie, I know as well as anyone what’s expected of you. But just this once, I’m going to ask you. What do you think we should do?”

I paused before answering, working out the last of the details in my mind until I was certain there was no other option. A hesitant smile crept onto my lips as I returned her look.

“Blasted woman. I told her to stay put.”

I narrowed my eyes, though he couldn’t see me. “Blasted woman did stay put, and requires a towel at your convenience.”

There was a lengthy pause before something came sailing over the screen. I caught it before it hit the water.

“Thanks ever so much.” I stood up, wrapping the small cloth around myself and trying not to shiver. My hair was piled on my head and still mostly dry. I opened my mouth to ask for my clothes when a bundle of fabric was delivered in the same manner as the towel. I bit back a sharp response.

“These aren’t mine,” I told him, though that should have been obvious. My filthy trousers bore no resemblance to the rustic woolen dress I was holding.

“We don’t have time for yer whining, Highness. Just put it on and let’s be on our way.”

Anger chased away the little bit of relaxation the bath had lent me. I had only been stating the obvious, but he had been damned and determined for years to think the very worst of me.

“There was a time when you were kind, Logan.” Last night’s memories simmered at the forefront of my mind.

There was a beat of silence, and I wondered if he had even heard me. Then, his voice came clearly through the screen.

“And there was a time when you aspired to more than mediocrity. So, I suppose we’ve both changed.” 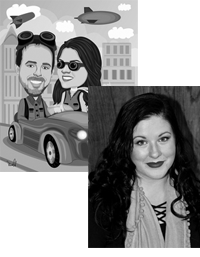 The name Robin D. Mahle represents a dynamic husband and wife storytelling team. They’ve travelled the world for both love and war, and a tale began to form between the two of them that just had to be told. One’s love of anime and comics collided with the other’s love of fiction novels to produce a story with action, captivating dialogue, and riveting prose.

The female piece to the puzzle that is Robin spends her days as a captioner for the deaf and hard of hearing. She loves to read, write, and loves all things Doctor Who. A Marine Corps veteran, her husband homeschools their offspring, lovingly nicknamed Thing 1 and Thing 2. He loves to write and spend time in his garden.They also have two fur babies: a standard full-sized poodle and a persian cat. Their family lives in Colorado after a lifetime of being way too hot in Texas.

Elle Madison has a lifelong love affair with escaping into the world of books. Trying her hand at creating a world for others to dive into has been a dream come true. Elle spends her days wrestling and snuggling her two little boys and being a giant nerd with her husband. You can frequently find them at Renaissance Festivals as well as Comic Con’s, a.k.a the only places she can dress up as a faerie and it not be weird. Existing on chocolate, pasta, and boxed wine, Elle loves to venture outdoors, explore new places, and volunteer for her community. After a lifetime of searching, she’s found her own happily ever after in Colorado with her little family.