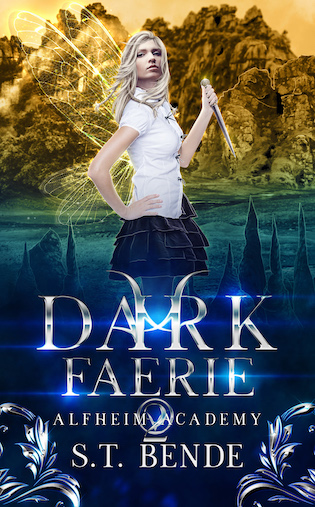 Ruling a realm was never going to be easy. After stepping into her royal role, sixteen-year-old Aura Nilssen quickly discovers the dark side of ruling the light realm. Although she’s determined to steer Alfheim off its course of self-destruction, an unyielding tyrant remains equally resolved to stop her. When Aura uncovers the depth of Alfheim’s corruption, she sets out to recover the allies she needs to protect her home. But when she meets a girl whose background mirrors her own, Aura learns she has powers she never knew existed. She’ll need Viggo’s help to master her abilities . . . but is their new relationship strong enough to survive the reality of who she is?

In the face of dark magic, powerful enemies, and the unlikeliest of allies, Aura discovers the true nature of her own duality. It turns out that she’s more than just the crown princess of Alfheim. She’s a dark faerie.

And she’s just met her match. 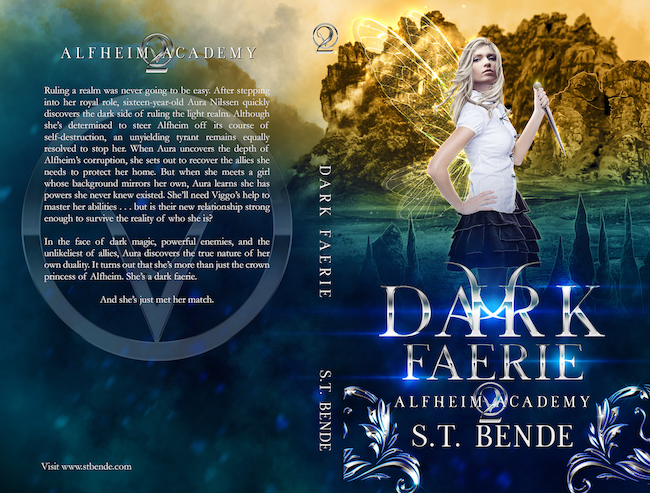 Before finding domestic bliss in suburbia, S.T. Bende lived in Manhattan Beach (where she became overly fond of Peet’s Coffee) and Europe… where she became overly fond of McVitie’s cookies. Her love of Scandinavian culture and a very patient Norwegian teacher inspired her YA Norse fantasy series’ (Viking Academy, Elsker Saga, Ære Saga, and Night War Saga). And her love of a galaxy far, far away inspired her to write children’s books for Star Wars. She hopes her characters make you smile, and she dreams of skiing on Jotunheim and Hoth.