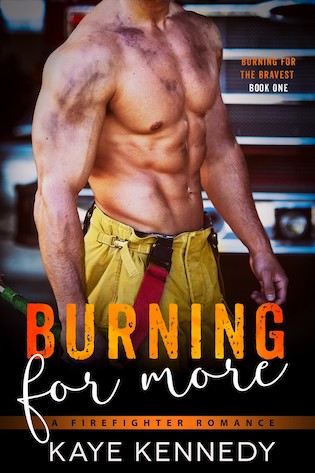 They seem destined to be, but could easily crash and burn.

His past made him notoriously reckless and, as a New York City fireman, that could prove fatal. After barely escaping a burning building with a victim, Autumn’s beautiful face was the last thing he expected to see, and their instant connection intrigued but terrified him.

Around her, he felt alive for the first time in over a decade. If he wanted to learn how to love again though, he’d have to let go of his past, and that was much easier said than done.

She was still licking her wounds from her previous relationship when Dylan Hogan crashed into her life, doing things to her heart (and her body) that she never thought possible. He made her feel like the person she always wanted to be, though she feared he’d run if he knew the truth.

She had to let him go before her past destroyed them both, but she didn’t want to extinguish their fire. What he didn’t know couldn’t hurt him, right?

Dylan might be the savior that Autumn never knew she needed, but first she’d have to save him from himself.

Find out if love can conquer all in this sexy romance with a twist that’ll take your breath away!

“I’ve been watching you walk around in this skirt all afternoon, and I’ve been craving to know what’s underneath it.”

I allowed my thighs to fall apart, giving him better access. “Why don’t you go ahead and find out?” I whispered into his lips.

His lips crashed against mine, not gentle like before. This time he was telling me just how much more he wanted, and I was so ready to give it to him. He sucked on my lips with such intensity, it felt as though I would become a part of him. His tongue darted into my mouth, in search of my own, and there was a gushing between my legs in response. He kissed me like I was his lifeline, pulling him to safety from the wide-open sea. My heart exploded at the thought. I didn’t just want this man. I needed him. With every fiber of my being, I needed him. 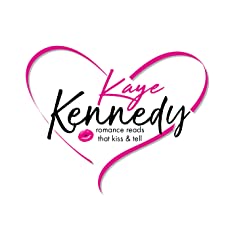 Kaye Kennedy is a CEO by day and a romance novelist by night! She earned her degree in English Literature and taught college composition & literature classes before switching gears entirely and becoming an entrepreneur, starting three businesses. She writes steamy contemporary romances because who doesn’t love love?

Kaye lives in Florida with her hunk of a husband who often inspires her characters. Her real-life love story was love at first sight, and she adores reliving that excitement when writing her novels. In Kaye’s stories, you can always expect a happily ever after that kisses and tells.