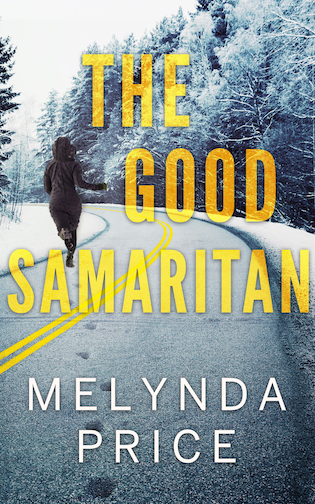 “Only through death, can one truly experience life…”

With dreams of becoming an Emergency physician, resident Dr. Emma Rhodes has struggled to overcome the tragedy of her past. She’s moving on with her life and reinventing herself despite the guilt that still haunts her. Emma’s goals are finally within her grasp, and the fresh start she’s worked so hard for is hers for the taking. Or is it?

Shot in the line of duty, Detective Sawyer Gerrard owes Dr. Rhodes his life. A budding friendship with the doctor quickly ignites into a complicated relationship when a series of murders leads him to believe she’s being targeted by a serial killer. When the Good Samaritan claims yet another victim, the investigation takes a dangerous turn. The killer knows Emma’s secret and he’s toying with Sawyer, pulling them into a deadly game of cat and mouse where there’s only one rule: nothing is as it seems…

“That’s one of the victims?”

Closing the file, he set it aside. “She was his first one. That we know of. I want to warn you that these interviews are going to get personal. But with any luck, we’ll find a thread that will help us catch this guy.”

A shadow of concern crossed her face, but it was gone so fast he almost missed it. Emma had secrets she wasn’t going to part with easily.

“Can you tell me about you past boyfriends? Men you’ve dated? I need first and last names. Phone numbers if you still have them.” He flipped the tablet to a clean page, set the pen on it, and pushed it across the table.

Something painful flashed in her verdant eyes, her expression locking down. “There isn’t anyone.” She slid the tablet back to him.

She’d told him she wasn’t dating right now, but never? Not possible. But why hide it? No way she had no one to put on that list.

“Everyone has someone in their past, Emma. You haven’t been living in a convent for the past twenty-six years. This is important—”

She exhaled a sigh, grabbed the tablet back, and scribbled a name on it before pushing it toward him. “This isn’t going to help you.”

Good thing Sawyer was experienced in masking his emotions because Emma just surprised the hell out of him. It explained a lot. Why she didn’t date, why she buried herself in her work. She was obviously still in love with the guy. He’d known there was more to it than simply being busy with her residency. And now her virgin status took on a whole new meaning. These were all questions he was dying to know the answer to, but in this context, he had no business asking. He felt like a prick for being jealous of a ghost and stuffed the emotion before it could take root. “All right, so no boyfriends. What about the hopefuls? Guys that have been interested in you?”

Well, that was clear as mud. “What about Blake Weston?” he prodded.

Her gaze snapped up and locked on his. “Blake’s my boss.”

“I’m not sure how that excludes him from the list.”

“He knows how I feel about mixing my personal life with my professional one. I’ve been very clear with him. I don’t date the people I work with.”

Her tone was clipped, as if he’d offended her by even suggesting she’d mix business with pleasure. It still didn’t mean shit, though. Blake Weston had a thing for Emma. Anyone with eyes in their goddamn head could see that. He wrote Blake’s name down then met her eyes with a waiting stare. “Anyone else?”

She returned it, non-pulsed, and didn’t miss a beat when she replied, “Not unless you want to put yourself on that list.”

Melynda Price is a bestselling and award-winning author of contemporary romance. Her Against the Cage series has finaled in many awards such as the RONE, USA Today BBA, Golden Quill, National Readers’ Choice, and New England Readers’ Choice.

What Price enjoys most about writing is the chance to make her readers fall in love, over and over again. She cites the greatest challenge of writing is making the unbelievable believable, while taking her characters to the limit with stories full of passion and unique twists and turns. Salting stories with undertones of history whenever possible, Price adds immeasurable depth to her well-crafted books. She currently lives in Northern Minnesota with her husband and two children where she has plenty of snow-filled days to curl up in front of the fireplace with her Chihuahua and a hot cup of coffee to write.