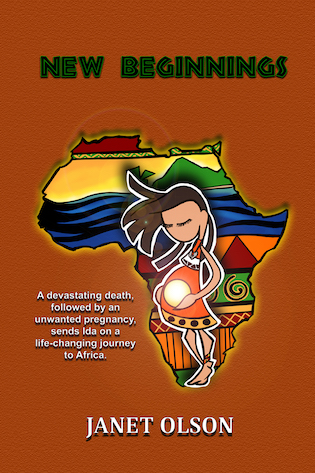 Ida and Engen’s 13-year-old friendship is altered when the death of their friend comes between them. Engen, guilt-ridden over Janelle’s passing, has become violent. Ida, in her grief, attempts to fill the loss with a one-night stand, which leaves her pregnant. As punishment, their parents force them to join a program called Youth of America Help a Nation, and they are sent to Africa on work assignments. Enter Lev Rosen, Ida’s irresistible boss at the orphanage where she’s been appointed. Lev has his own connection with Ida, although she doesn’t know it yet. Engen hoped the time away would give him the courage to finally tell Ida his true feelings for her, but how can he do that now that she is getting closer to Lev?

It wasn’t always this way. The program was only a few years old, after all. I don’t think the government designed the program, Youth of America Help a Nation, to be a punishment, but punishment it was for some of us.

I guess you could say it all started in fourth grade when Swahili was introduced into our school’s curriculum. Swahili class was where I met Daniel Morelli. We bonded over our mutual love of cars and we also shared a good friend, Engen Malone. Dan asked me out in middle school, but I wasn’t interested in dating him. Thankfully, we were still able to hang out without any awkwardness. The middle of junior year, I asked Dan to come over to study for an upcoming Swahili test. We were the only two in the house. That night sent me down a different path than the one I’d planned to travel. My parents could have been knocked over by a feather at my actions.

Several years back, Gramps had worked for the United Nations. In fact, it was Gramps who encouraged my parents to enroll me in YAHN. He said it would be an awakening. The application went in a few days before the deadline, and I was accepted.

I knew my parents were going to miss me the six months I was away. Were they disappointed in me? Sure. Did they think I would burn in hell as a sinner? No, they were beyond cool parents; they just put too much stock in Gramps’ opinion. They must have really wanted to teach me a lesson because the program wasn’t free. In exchange for my suffering, YAHN would be $25,000 richer.

Sixteen kids from Minnesota were selected to go to Africa, but only four of us were placed in Mukono District. We had met each other two weeks earlier at the YAHN orientation in Minneapolis. I happened to already know one of the other applicants, Engen Malone. Engen would be working closely with a child who was autistic. Krista was placed in the Village Teaching program. Dorian (Dee) was placed in the Community Outreach program, and I would be in Orphan Outreach.

Since it was a three-day orientation, Engen and I got to know our roommates, and our prospective jobs, pretty well. The orientation took place in Minneapolis not too far away from our houses. We spent most of the time together as a group, watching videos and getting lectured on African culture, history, and politics.

We were educated on the type of plants to stay away from and what insects were dangerous.

It was strongly suggested that we only eat food from the Volunteer Center or a restaurant, nothing from the open markets.

After the informative and very terrifying orientation, I could safely say there was only one thing I wanted less than to go to Africa. The program was six months long, so that meant I would be having my baby there.

Maybe this is a good time to introduce myself. My name is Ida Denmark. I’m seventeen-years old. Up until three and a half months ago when I was cursed with this pregnancy, I considered myself a well-adjusted girl with a decent head on my shoulders. Some considered my apathy and overall sense of aimlessness to be lazy, but I was fine with it. Dan’s nickname for me, “Idle”, pretty much sums me up. I met Janelle and Engen in preschool. We each shared the same interest – nap time. Janelle had the uncanny ability to fall asleep as soon as her head hit the pillow. Engen couldn’t fall asleep without sucking his thumb. Me, I liked observing them both too much to sleep. Back then, the things we learned about each other, we learned together. Engen discovered at the same time I did that Janelle was precious.

Janelle and I learned together that Engen was kindhearted, and they both knew that I was lost.

Janet lives in St. Paul, Minnesota with her artist husband, charismatic son, and three neurotic cats. Janet is a lifelong fan of reading and writing stories. New Beginnings may be her debut novel, but she has several projects in the works. Unlike some of her characters, she has never been to Africa, although she does dream of going one day.