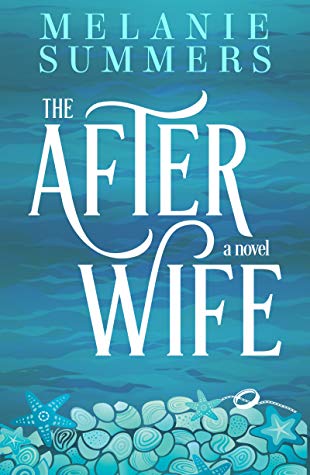 After losing her husband, writer Abigail Carson has all but given up on life. Having spent the last year cocooned in her Manhattan apartment, Abigail is suddenly forced to find a new home where she can stretch her dwindling savings. Intent on isolation, she moves to a tiny village in Nova Scotia where she’ll have no one to interrupt her solitude.

Little does Abigail realize that small-town life offers far less privacy than the big city. With neighbors knocking on the door bearing homemade treats and invitations, Abby soon finds herself immersed in the lives of the people of South Haven. She forms an unlikely friendship with Liam Wright, the handyman renovating her dilapidated cottage, and his daughter, seven-year-old Olive.

As the dark cloud engulfing Abigail lifts, she begins to believe she may have found love again. But just as Abigail is ready to leap, she discovers Liam carries with him a shocking secret that will ultimately cause everything to unravel. Abigail must decide if she will turn away from his pain or open her heart in the most hopeless of circumstances.

Insightful, enchanting, and filled with hope, The After Wife reminds us of the importance of human connection and the inseparable nature of love and survival.

IN THIS SCENE, THE MAIN CHARACTER, ABBY, IS AT THE PUB FOR DINNER. IT’S HER FIRST NIGHT IN TOWN, AND SHE’S JUST BEEN TOLD THAT THE PUB OWNERS, PETER AND NETTIE, WILL INTRODUCE HER TO A LOCAL CONTRACTOR, LIAM WRIGHT, WHO CAN HELP HER FIX UP HER DELAPITATED COTTAGE. ABBY SUSPECTS THEY’RE ALSO TRYING TO SET THEM UP ON A DATE…
—

Why do I not drink more often? I’m almost through my second pint and I honestly can’t remember feeling so good. I don’t even care how out of place I am. Instead, I happily devour a slice of homemade lemon meringue pie. Dinner service has ended, and most of the guests have filed out, replaced by several locals bearing instruments. A new feeling takes over the restaurant. It’s an easy, relaxed vibe full of inside jokes and laughter as they rearrange the tables into a large horseshoe. I rush to finish my dessert, hoping to make my exit before I attract the attention of every snoopy musician in the village.

Peter gives me a nod. “Liam’s just come in now.”

I turn and see a man standing at the entrance. He looks to be in his early forties. Medium height, with the sturdy build of a fisherman or maybe a miner in days gone by. He has shaggy sandy-brown hair and thick stubble that’s somewhere between needing a shave and needing another couple of months to grow. His eyes, though. There’s something about them that makes me stare a moment too long. They’re the shade of ice blue usually reserved for wolves.

He looks straight at Nettie and Peter, and my gaze follows his. They are standing side by side with matching hopeful grins. They look at me, then back at him, and when I glance in his direction again, I’m met with a look of dread. It doesn’t take me more than a second to figure out he thinks he’s about to be set up and he’s absolutely horrified at the thought of having any of his parts touch any of my parts.

And here I am gawking at him like a moron.

Blue sweater vest woman walks by and touches my arm. “You’ve got a bit of a mustache, love.”

She hurries off in the direction of the ladies’ room while I dab my upper lip with a napkin, confirming that I did, in fact, have a frothy white beer mustache.

Well, that’s that, then. The Millhouse boys it is.

No. Please don’t. I swivel my stool to face the bar, and in my overly enthusiastic effort, I swing it too far and bang my left knee on the wood bracket. The force of it causes my body to jar and jerk back to my right and I plant my left hand in what’s left of my pie. I’m a regular Princess Di this evening, all elegance and grace.

Nettie gives me a concerned look. “You all right, love?”

“I’m fine. I just remembered I have to make a phone call. Can you put this on my room?” I smile too brightly as I slide off the stool and start for the side door as fast as my legs can carry me.

“Well, come back when you’re done so you don’t miss the music!” Nettie calls.

“And you still need to meet Liam!” Peter yells.

“I most certainly will!” Not.

Melanie made a name for herself with her debut novel, Break in Two, a contemporary romance that cracked the Top 10 Paid on Amazon in both the UK and Canada, and the top 50 Paid in the USA. Her highly acclaimed Full Hearts Series was picked up by both Piatkus Entice (a division of Hachette UK) and HarperCollins Canada. Her first three books have been translated into Czech and Slovak by EuroMedia. Since 2013, she has written and published three novellas, and eight novels (of which seven have been published). She has sold over a quarter of a million books around the globe.

In her previous life (i.e. before having children), Melanie got her Bachelor of Science from the University of Alberta, then went on to work in the soul-sucking customer service industry for a large cellular network provider that shall remain nameless (unless you write her personally – then she’ll dish). On her days off, she took courses and studied to become a Chartered Mediator. That designation landed her a job at the R.C.M.P. as the Alternative Dispute Resolution Coordinator for ‘K’ Division. Having had enough of mediating arguments between gun-toting police officers, she decided it was much safer to have children so she could continue her study of conflict in a weapon-free environment (and one which doesn’t require makeup and/or nylons).

Melanie resides in Edmonton with her husband, three young children, and their adorable but neurotic one-eyed dog. When she’s not writing novels, Melanie loves reading (obviously), snuggling up on the couch with her family for movie night (which would not be complete without lots of popcorn and milkshakes), and long walks in the woods near her house. She also spends a lot more time thinking about doing yoga than actually doing yoga, which is why most of her photos are taken ‘from above’. She also loves shutting down restaurants with her girlfriends. Well, not literally shutting them down, like calling the health inspector or something–more like just staying until they turn the lights off.

She is represented by Suzanne Brandreth of The Cooke Agency International.