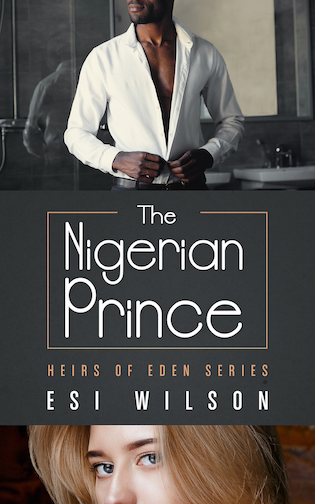 Her: Everyone knows not to bother replying to the ‘Nigerian Prince’ Scam emails. But this one caught me at the worst time of my life. I was broken. So naturally, my curiosity got the best of me. I did it and there isn’t an ‘undo’ button.

Him: If you had seen her eyes, you wouldn’t blame me for what I did. What is a small lie when there is much to be gained?

Five childhood friends from Africa are linked forever through a shared traumatic experience. Driven by their affluent backgrounds, they frequent luxurious trips across the globe to stay connected. At the center of the conflict is Deji, a rich, young prince from Nigeria. In his quest to find fulfillment with a career he loves, he finds love instead through unlikely circumstances. His life becomes entwined with that of Tanya, an aspiring American actress he meets over the internet. The intrigues surrounding his friendships and his personal life stand as obstacles to their budding relationship. Will the strong bond of friendship triumph over the emotions pulling at Deji’s heartstrings?

“Ah, Oga,” The shorter of the two addressed me. “Anything for the boys?”

Just as I thought.

Being one of the richest people in Nigeria meant you always had to shower money on people at every turn. That was the Nigerian mentality. A rich man built and solidified his reputation by the amount of cash he disbursed freely and the regularity with which he did so. Personally, I thought the whole thing was backward, if not a bit uncivilized. But I did like giving and I had excess cash anyway. It wasn’t a bother.

I gave them a thousand naira to share and was about to drive off when I remembered the bottles of Sprite I had bought earlier.

“Boss, na you oh,” they both hailed as I handed them the drinks. I smiled and drove into the compound of the huge mansion Dipo had leased.

As I got out of the car, I noticed that although most of the equipment was set up, nothing important was happening. I recognized some A-list actresses lounging around the pool in sexy bikini outfits. Had they finished shooting? Fear gripped me. Man, I had messed up.

Heart in my mouth, I approached a member of the crew, a man probably in his early 30s with bushy eyebrows and a beard.

“For where? Director never ready na,” he responded. He didn’t seem happy about that but I was ecstatic. But I decided not to let my happiness show in case he transferred his aggression about the delay onto me.

At that, the man turned and gave me an appraising glance. I guess he was trying to determine if I was qualified to see the esteemed Dipo Ajayi. It seemed I passed muster – he jerked his head towards the left side of the building and gave me directions.

A few minutes later, I knocked on a door labeled Director. On hearing a muffled response from within, I twisted the knob and stepped into… a den of iniquity. There was really no other way to describe the disturbing sight that greeted my eyes.

Through a haze of smoke, I caught sight of half-naked girls lounging on every available piece of furniture in the spacious room. Some had the decency to wear bras but most were naked from the waist up. Everywhere smelt of Igbo, the popular Nigerian weed, and I could detect a whiff of freshly-made amala. Just as I was beginning to wonder if I was in the right room, I heard my name being called.

“Ajibade? I was wondering when you were going to show up.”

I peered through the smoke and right in the middle of the room, dressed in a colorful dashiki, sat Dipo. He was enjoying a meal of amala and ewedu soup. The dark brown amala made from yam flour, contrasted perfectly with the dark green hue of the mashed ewedu leaves. From the number of empty bottles of beer that lined the table, I could see that he had indulged far too much.

He gestured towards me with fingers covered in soup.

“Come over here, boy. Don’t stand there like a statue.”

I slowly walked towards him and noticed the two bare-breasted girls beside him. The girl on the right was topping up his beer glass while the girl on the left was flagrantly smoking weed from a rolled paper. Granted, I had done some wild things in my life but I had never seen this level of classless debauchery and all at midday.

“Won’t you sit down?” the girl smoking asked me, tapping the space beside her. Her eyes were glazed with the effects of the weed. “Or are you shy?”

Dipo scoffed as he swallowed a morsel of amala.

I took the empty seat.

“Ladies,” Dipo called out overly loudly. “This is the real estate prince. Next in line to the Imena throne and heir to the Ajibade real estate empire. He wants to try his hand at movie production. I have no idea why,” he announced, muttering the last part to the girl on his right. “Rich people, eh?” he said mockingly, winking at his girls who giggled in response.

I stood up abruptly, feeling embarrassed, angry, and disgusted all at once. This wasn’t what I signed up for.

I watched impassively as they all perked up at Dipo’s words, each wanting to be the one to ‘take care of me’. Their eyes had taken on an avaricious glint since Dipo had introduced me. My Timberlands, Ralph Lauren polo shirt, and Armani jeans screamed style, and I knew I wore it all

well. Also, not to blow my own trumpet, I knew I was probably far better looking than the clients these girls were used to. But smoking weed and having random sex with girls who I strongly suspected were underage was not my scene. It was at times like this that I wondered what drove young girls to sleep with men old enough to be their fathers. It definitely wasn’t because the men in question were handsome. In fact, Dipo was what my friends and I would describe as plain ugly. Maybe that was why he hid behind the cameras, I thought slyly.

When I had first seen him, I thought his head was too small for his large body. I had met him multiple times now and my opinion had not changed. In fact, his body looked disproportionate in several ways, as though the Creator had been distracted when forming him; eyes too big and round for such a small head, a crooked nose that made me wonder just how many times it had been broken, and a mouth that was curled in a perpetual sneer.

“I’m sorry,” I said, realizing that everyone in the room was looking at me expectantly. I was trying to infuse the right mix of politeness and firmness into my voice. “Thanks for the offer but I have to decline.”

“Well, you can’t be tainting your royal blood with these local ashewos (prostitutes). The high-class escorts are more to your taste, eh? I totally understand,” he retorted haughtily. He swallowed another morsel of food and winked at me like we had just shared a secret filthy joke or something.

His statement irritated me further and I gave him a look of distaste.

“I’ll be outside,” I said quietly and headed for the door.

I had had enough. It seemed the rumors were true after all, I thought as I took in a gulp of fresh air and let the sun warm my face. Dipo had proven without a doubt that talent, no matter how great, was a poor substitute for character. 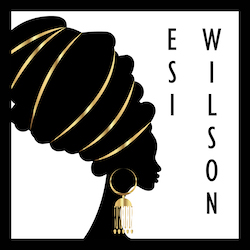 lovers of jollof and privy to gist,

join forces to shake things up.