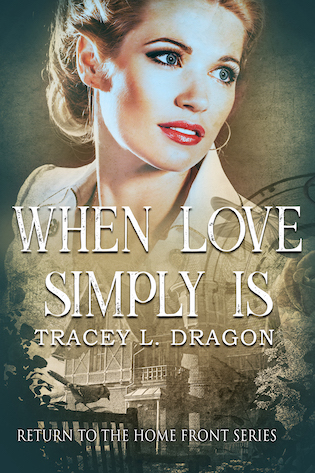 Laurel Richards, freelance journalist and photographer, on assignment to write about old inns in Western New York couldn’t have been more surprised or stunned when Sergeant Clay Randall, the six-two, blue-eyed hunk she’d had the poor judgment to succumb to on one witless night during a layover in Israel answered the door to the Lily Pad Inn. The last image she had of him was his cute, khaki-clad behind scrambling to leave her hotel room at the break of dawn, never to be seen or heard from again–not that she tried very hard to find him. Now three years later she couldn’t help but wonder what he was doing there–wearing a cocky grin and a white-flowered, kitchen apron no less.

When Ellie and Travis Johnson, the owners of the inn and Clay’s aunt and uncle, tell Laurel the history of the inn she becomes engrossed in the elderly couple’s love story that began during World War II at a U.S.-Based Military Hospital in Australia. As the story unfolds, Laurel learns that sometimes in the messy sea of humanity, love simply is.

Travis Johnson pushed back the dusty-blond strands of hair that had fallen forward onto his forehead then pulled open the glass door to the local hardware store in Albion, New York. Thank goodness the recession that had started after President Truman’s Fair Deal had finally ended after eleven months, and his workload had begun to pick up. Maybe he’d be able to purchase a new television soon. His old one was giving him fits, but he’d heard that RCA had perfected a new system for broadcasting color television, and he wanted to wait for one of the new models to come out. What he wouldn’t give to watch his favorite sports in color? As he hummed a Bing Crosby song, he quickly scanned the cram-packed aisles full of various tools and gadgets. After picking up the items he needed for his current remodeling job, he made his way to the checkout counter where he tapped the shiny metal bell.

“Be there in a second,” a cheery female voice called from behind the curtained-off doorway to the backroom office.

Every muscle in his body twitched then tightened, as memories of laughter and heartache bombarded him and froze his scuffed boots in their tracks. Five years or a lifetime ago, he’d recognize the voice that still haunted his nights and echoed in his dreams. He was on the verge of leaving the much-needed supplies on the counter and high-tailing it out of there when the burlap curtain drew back and out stepped Ellie Bennett, though he guessed her last name was different now. He’d heard she’d gotten married a few years back.

The strawberry-blond hair she once wore long was now cut shorter around her delicate shoulders, and when she turned toward him he noticed her once reed-thin figure had developed more curves since the last time he’d seen her. The vague smile she gave him made him frown.

“May I help you?” Ellie said, reaching up and combing strands of her hair down over her cheek.

His eyes strafed her from head-to-toe noticing every fine detail both large and small that had changed over the last five years. He’d often wondered what he would say to her if he ever had the chance to see her again.

“Excuse me.” She tilted her head at him, wearing a puzzled expression as if pondering his presence. “I know you, don’t I?”

Trav’s heart began to pound in his chest then skidded to a halt at her following remarks.

“You’re Mike and Laura’s boy. Oh, I guess I shouldn’t call you a boy anymore, should I? You were in the Marines, weren’t you? Gosh, it’s been ages. I don’t think I’ve seen you since high school. You probably don’t remember me, but I’m Ellie Bennett or Ellie Matheson now.” She stuck her slender hand out over the scarred wooden counter.

He stared down at her well-manicured, tapered fingers as if they were vipers ready to strike and inject him with venom. He wiped his calloused hand against his faded denim jeans and tensed as he slipped his hand in hers. The electrical energy that ran from her palm to his shook him in his boots. “Travis Johnson. Pleased to see you again,” he managed to offer through his tightly clenched jaw.

Ellie snatched her hand back and picked up one of his items from the counter. She studiously ignored him as she rang up the supplies and bagged them, her composure obviously shaken.

He picked up the sack of materials and with a slight nod in her direction turned and walked from the store. Dazed, he clamored into his battered vehicle, shifted into gear, and made it all the way to his worksite before realizing he’d left his wallet lying on the counter. Damn. With any luck, Mr. Bennett would be back at the cash register when he returned to pick it up. He didn’t think he could face seeing Ellie twice in one day. The next time he just might strangle her. She had a lot of gall pretending she didn’t recognize him. It may have been four years, eleven months, and a week since he’d seen her, not that he was counting, but he remembered every single, minute detail of the last night they spent together. The fact that she didn’t, cut to the bone.

Aw shit. He sure hoped they didn’t look inside his wallet. 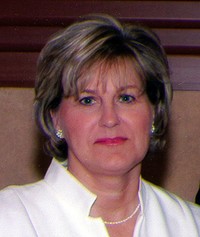 Tracey L. Dragon is a relocated New Yorker, former Navy Wife, and retired educator who lives in Yulee, Florida with her husband Bill and Mickey, their black and white Miniature Goldendoodle.

Tracey’s first publication came at the age of twelve when the short poem she wrote about the Apollo moon landing was published in her hometown newspaper. After seven military moves, raising two Navy brats, and twenty years teaching troubled youth and incarcerated adults, she is now able to put her full attention to publishing the children’s stories and historic romance novels she’s written over the years as a hobby.

Tracey’s Adult Fiction Series, “Return to the Home Front” is a collection of dual-time military themed romance novels: The first three books “Cherished Wings”, “When the Geese Fly North” are available in print and Kindle editions now. The third, “When Love Simply Is” will be released in October 2019 by Soul Mate Publishing.

Tracey enjoys running, crocheting, and spending time with her grandchildren.
She is a member of Romance Writers of America and Florida Author & Publishers Association.