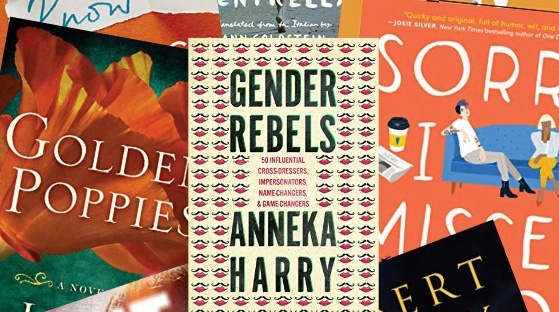 It’s that time yet again, to choose one of eight books that Amazon First Reads lets Amazon Prime Members download for free. I always look forward to the beginning of each month to see what is on offer.

This months books are:

Sisters Amanda Foster and Erin Turner have little in common except the childhood bedroom they once shared and the certainty each feels that her way of life is best. Amanda follows the rules—at the school where she works; in her community; and as a picture-perfect daughter, wife, and mother-to-be. Erin follows her heart—in love and otherwise—living a bohemian lifestyle on a shoestring budget and honouring her late father’s memory with a passion for music and her fledgling bath-products business.

The sisters are content leading separate but happy lives in their hometown of Potomac Point until everything is upended by lies that force them to confront unsettling truths about their family, themselves, and each other. For sisters as different as these two, building trust doesn’t come easily—especially with one secret still between them—but it may be the only way to save their family.

Synopsis: Her own past could be a reporter’s biggest story in this twisting thriller about murder and family secrets by the New York Times bestselling author T.R. Ragan.

Plagued by traumatic childhood memories, crime reporter Sawyer Brooks still struggles to gain control of her rage, her paranoia, and her life. Now, after finally getting promoted at work, she is forced to return home and face her past.

River Rock is where she’d been abandoned by her two older sisters to suffer alone, and in silence, the unspeakable abuses of her family. It’s also where Sawyer’s best friend disappeared and two teenage girls were murdered. Three cold cases dead and buried with the rest of the town’s secrets.

When another girl is slain in a familiar grisly fashion, Sawyer is determined to put an end to the crimes. Pulled back into the horrors of her family history, Sawyer must reconcile with her estranged sisters, who both have shattering memories of their own. As Sawyer’s investigation leads to River Rock’s darkest corners, what will prove more dangerous—what she knows of the past or what she has yet to discover?

Synopsis: Meet the unsung sheroes of history: the diverse, defiant and daring (wo)men who changed the rules, and their identities, to get sh*t done.

You’ll encounter Kit Cavanagh, the swaggering Irish dragoon who was the first woman to be buried in London with full military honours; marauding eighteenth-century pirates Mary Read and Anne Bonny, who collided on the high seas after swapping their petticoats for pantaloons; Ellen Craft, an escaped slave who masqueraded as a white master to spirit her husband-to-be to freedom; and Billy Tipton, the swinging jazz musician, who led a double life as an adult, taking five wives along the way. Then there are the women who still have to dress like men to live their best lives, like the inspirational football-lovers in Iran, who risk everything to take their place in the stands.

A call to action for the modern world, this book celebrates the #GenderRebels who paved the way for women everywhere to be soldiers and spies; kings and queens; firefighters, doctors, pilots; and a Swiss Army knife’s-worth more. These superbly spirited (wo)men all had one thing in common: they defied the rules to progress in a man’s world.

Synopsis: A poignant and heartwarming novel about friendship, ghosting, and searching for answers to life’s mysteries.

When Mackenzie, Sunna, and Maude move into a converted rental house, they are strangers with only one thing in common—important people in their lives have “ghosted” them. Mackenzie’s sister, Sunna’s best friend, and Maude’s fiancé—all gone with no explanation.

So when a mangled, near-indecipherable letter arrives in their shared mailbox—hinting at long-awaited answers—each tenant assumes it’s for her. The mismatched trio decides to stake out the coffee shop named in the letter—the only clue they have—and in the process, a bizarre kinship forms. But the more they learn about each other, the more questions (and suspicions) they begin to have. All the while, creepy sounds and strange happenings around the property suggest that the ghosts from their pasts might not be all that’s haunting them…

Will any of the housemates find the closure they are looking for? Or are some doors meant to remain closed?

Quirky, humorous, and utterly original, Sorry I Missed You is the perfect read for anyone who has ever felt haunted by their past (or by anything else).

Synopsis: From the bestselling author of Yellow Crocus and Mustard Seed comes the empowering novel of two generations of American women connected by the past and fighting for a brighter future.

It’s 1894. Jordan Wallace and Sadie Wagner appear to have little in common. Jordan, a middle-aged black teacher, lives in segregated Chicago. Two thousand miles away, Sadie, the white wife of an ambitious German businessman, lives in more tolerant Oakland, California. But years ago, their families intertwined on a plantation in Virginia. There, Jordan’s and Sadie’s mothers developed a bond stronger than blood, despite the fact that one was enslaved and the other was the privileged daughter of the plantation’s owner.

With Jordan’s mother on her deathbed, Sadie leaves her disapproving husband to make the arduous train journey with her mother to Chicago. But the reunion between two families is soon fraught with personal and political challenges.

As the harsh realities of racial divides and the injustices of the Gilded Age conspire to hold them back, the women find they need each other more than ever. Their courage, their loyalty, and the ties that bind their families will be tested. Amid the tumult of a quickly changing nation, their destiny depends on what they’re willing to risk for liberation.

Synopsis: A small-town attorney takes on prejudice and corruption in this powerful legal thriller.

Small-town lawyer Bocephus Haynes comes home late one night to find District Attorney General Helen Lewis waiting for him. Her ex-husband has just been killed. She’s about to be arrested for his murder. And she wants Bo to represent her.

There’s a lot working against them. Just before his death, Helen’s ex-husband threatened to reveal a dark secret from her past. Bo has been in a tailspin since his wife’s death. What’s more, his whole life has been defined by a crime committed against his family, and he continues to face prejudice as the only African American litigator in Pulaski, Tennessee.

Bo’s back is against the wall, and Helen resigns herself to a dismal fate—but a stunning discovery throws everything into chaos. There’s a chance for justice, but to achieve it, the cost might be too much for Bo to bear.

In old Bari, everyone knows Maria De Santis as “Malacarne,” the bad seed. Nicknamed for her dark features, volcanic temperament, and resistance to rules, the headstrong girl can only imagine the possibilities that lie outside her poverty-stricken neighborhood.

Growing up with her mother, two brothers, and a tyrannical father, Maria must abide. She does—amid the squalid life to which she was born, the cruelties of her small-minded neighbors, and violence in a constant threat of eruption. As she reconciles her need for escape with the allegiance she feels toward her family, Maria has her salvations: her secret friend, Michele, son of a rival family and every bit the outsider she is, and her passion for books, which may someday take her far, far away.

In this exquisitely rendered and sensory-rich novel, Rosa Ventrella explores the limits of loyalty, the redeeming power of friendship and love, and the fire in the soul of one woman who was born to break free.

Synopsis: A man follows another man’s trail of lies in a compelling psychological story about the search for identity, by Japan’s award-winning literary sensation Keiichiro Hirano in his first novel to be translated into English.

Akira Kido is a divorce attorney whose own marriage is in danger of being destroyed by emotional disconnect. With a midlife crisis looming, Kido’s life is upended by the reemergence of a former client, Rié Takemoto. She wants Kido to investigate a dead man—her recently deceased husband, Daisuké. Upon his death she discovered that he’d been living a lie. His name, his past, his entire identity belonged to someone else, a total stranger. The investigation draws Kido into two intriguing mysteries: finding out who Rié’s husband really was and discovering more about the man he pretended to be. Soon, with each new revelation, Kido will come to share the obsession with—and the lure of—erasing one life to create a new one.

In A Man, winner of Japan’s prestigious Yomiuri Prize for Literature, Keiichiro Hirano explores the search for identity, the ambiguity of memory, the legacies with which we live and die, and the reconciliation of who you hoped to be with who you’ve actually become.

***Which book will you choose? I can’t make up my mind between: “If You Must Know and Sorry I Missed You”. Let me know which book you think I should choose.*** 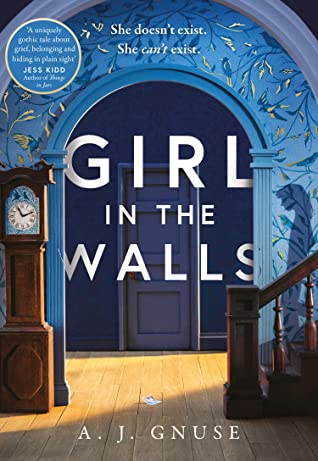 a blog by GLITCHY PREACHER