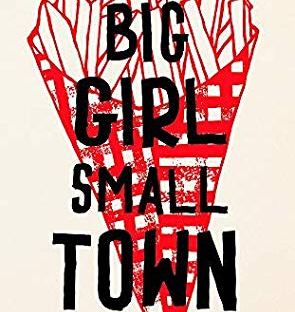 This book really isn’t what I expected. When I first started to read it I enjoyed it and it made me laugh, as the main character Majella has a long list of things she doesn’t like about life. The more I read the book the more monotonous it became. However it wasn’t until I came to write this review and reread the synopsis. That I realised the main character Majella is autistic which changed my viewpoint of this book a little bit. This explains the monotony of each day as autistic people like routine and don’t cope well with a change to their routine.

The most interesting thing in the book for me was learning a bit more about what it was like growing up in a small town in Northern Ireland near the boarder to Southern Ireland during the troubles.

Majella lives with her alcoholic mother in a small town in Northern Ireland. Everyday has the same routine which is basically getting up late each day, wearing the same sort of clothes. Making sure that her alcoholic mother hasn’t mistakenly taken to many Pain killers with the alcohol or hurt herself. Then she gets herself ready for work and walks to the fish and chip shop called “Salt & Battered” Where she has worked for a number of years.

Majella has a long list of things she doesn’t like and these things have numerous subcategories and they are:

9.1: Makeup – Nail Polish: is to heavy – weighing fingers down – looks utterly unnatural when coloured e.g. red, orange, black giving the people the appearance of wearing beetle carapaces on their fingers.

Prone to smudging during drying period.

Impermanent: Cracks & flakes sometimes in hours, but always within days.

Requires chemicals during the production process and for removal.

One day things drastically change for Majella, as her grandmother is murdered. Which puts Majella right in the spotlight and everyone in the town is wanting to know her business. Majella prefers not to be noticed she’d rather people just ignored her.

This seems to make Marjella’s mother worse. As she hasn’t ever gotten over her husband disappearing when Majella was 11 years old. He was know to have dealings with the IRA and they think that’s the reason for him disappearing all those years ago. Now however with his mother being murdered people in the know have put out feelers hoping that this may make him come back. Which it doesn’t, so the only conclusion is that he is dead.

Majella, her mother and her fathers sister are all summoned to be present at the reading of her grandmothers will. This shocks them all as they didn’t even know that she’d made a will. Majella’s mum and aunt were given some money and Majella was left the farming land, the house which was in dire need of being restored just to make it habital along with the caravan. Her grandmother lived in the caravan with the house being unfit to live in. Majella’s father had started to do some repairs on the house but he lost interest when his brother was blown up by a faulty bomb he was trying to plant.

Majella’s aunt isn’t happy with only being left some money. Everyone in the town thought she would get the land and the house, seeing that her brothers were both gone. Majella knew that this would make her aunt hate her even more now , but it isn’t Majella’s fault.

On Sunday nights she always goes to the pub and has a few pint. On this particular Sunday though near to the end of the night the person who is farming her families land bought her a drink and started to try and make a deal with her about him buying the land. Majella gets angry at this and tells him off, as he’s been in the pub all night and now that she’s well oiled he comes over trying to make a deal to purchase the land.

As she’s about to leave the pub one of the other regulars asks her if she fancies anything to eat. So they go to the local Chinese and get some food. Once they have their food with them, they both get in to the guys van, and he drunkenly drives them to a deserted car park. They eat their food and then they climb into the back of the van and have sex. Majella loves sex it makes her feel good and happy. She sleeps with a few of the men in the town every now and then.

When Majella gets home later that night, she get into bed and it’s like a light has been switched on, as life has become much much clearer to her. It isn’t explained in the book how and what becomes clearer to Majalla to me that is a bit of a mystery. Even though I finally realising that the main character was autistic, it hasn’t change my view point of the book enough to warrant it any more stars. I can still only give it 2 stars.